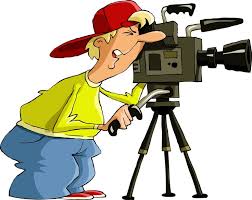 Do you love to build things? Can you think quickly on your feet? Are you a little dramatic? Then Dune Lakes Elementary needs you as a member of our after school Odyssey of the Mind team to represent our school in the 2023 Emerald Coast Regional Tournament. Odyssey of the Mind is an international creative problem-solving program which promotes lifelong friendships as you develop your skills. Each week you will work with your fellow team members to learn how to become a spontaneous problem solver as you have fun building your skills.

If selected you will work with your team to choose a long-term problem to prepare for presentation during the competition. This year’s problems are listed below. You must be willing to work hard and share your creative ideas with others to be successful. At the competition, you will be expected to present your long-term project to the judges and participate in the solution of a top-secret spontaneous problem for scoring to move on to the state competition. Our team will include 5 to 7 creative minds working together towards their selected goal.

If you are in 3rd, 4th, or 5th grade and have the courage to be a part of this exciting adventure, you will need to be able to commit to all of the following events:

Problem 1: Pirates and the Treasure: Ahoy OMers! In this problem, a group of pirates sail their “ship” to reclaim stolen treasure and return it to the Queen. The pirates will battle an original sea monster that guards the treasure. The performance will also include a pirate captain, flag, and song.

Problem 2: Because iCan: Some contraptions and devices seem to make tasks much more complicated—and in this problem, that’s a good thing! Teams will create a device that will perform tasks including raising a flag and ringing a bell simply because they can. Once the device starts, it will complete the series of tasks without team assistance. The setting will be a team-created laboratory, and the performance will include an inventor character and a costume that changes its appearance.

Problem 3: Classics…The Walls of Troy: OMers know there is more than one way to get past any type of barrier—and, in this problem, they will prove it! Ancient Greek Poet Homer created The Iliad, which tells the story of Achilles and the Trojan War. Now, OM teams will put their spin on the popular concept of the “Trojan Horse” by creating one of their own. It will be used to get past a wall in a performance that also includes a character from The Iliad, an original Greek Chorus, and an unusual statue.

Problem 4: Where’s the Structure? In this problem, teams will have audiences wondering, “Where’s the structure?” Teams will design and build a structure made of only balsa wood and glue that balances and holds as much weight as possible. It will have three parts and each part will be hidden in plain sight. During the performance the team will reveal each part and assemble them into a final structure for testing. The performance will also include a poem about searching for something special.

Problem 5: The Most Dramatic Problem Ever!!! OMG! Can you believe that happened? Teams will create a humorous performance about a dramatic character that overreacts to common events. The performance will showcase different theatrical styles as the character overreacts. However, in one situation their reaction is justified, but they are ignored. The performance will also include something that grows and a costume that represents two characters. This problem is sponsored by ARM & HAMMER.

What is Robotics League?

Students in grades 1-3 participate in First lego League’s EXPLORE team. In EXPLORE, teams of students focus on the fundamentals of engineering as they explore real-world problems, learn to design, and code and create unique solutions powered by Lego Education Spike Prime.

Students in grades 4-5 participate in First Lego League’s CHALLENGE team. Friendly competition is at the heart of Challenge, as teams engage in research, problem-solving, coding, and engineering - building and programming a robot that navigates through as many missions on the competition field in 2.5 minutes. Challenge teams compete across the region with opportunities to advance to State, National, and World level competition event.

Girls On The Run

To learn more about GOTR:  https://www.gotrpanhandle.org